Europenewsok.com
Home Europe Spain detained a suspect in the preparation of bomb letters to the... 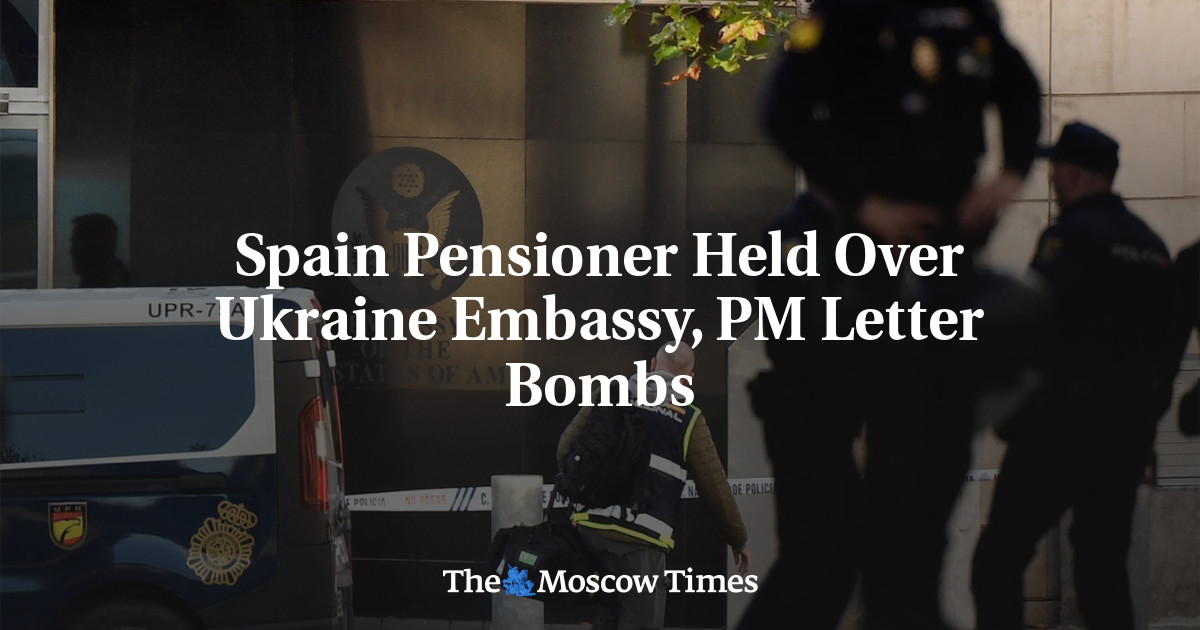 Spanish police on Wednesday detained a suspect in a letter bombing targeting the prime minister and the Ukrainian embassy, ​​authorities said.

A Spanish national was taken into custody in Miranda de Ebra, northern Spain, and police searched the home of the man, who a police source said was 74 years old.

As a result of six bomb letters sent in late November and early December to various sites in Spain, no one was killed, but an employee of the Ukrainian embassy was slightly injured when one of the packages was opened.

Among the targets of the attack were the official residence of Prime Minister Pedro Sánchez, the Spanish Ministry of Defense and an air base near Madrid from which weapons donated by Spain are sent to Ukraine.

The headquarters of a military equipment firm in the city of Zaragoza, which produces grenade launchers that Spain sent to Ukraine, was also fired upon.

Kyiv has stepped up security at its embassies abroad after its embassy in Madrid was targeted by a letter bomb.

The arrest comes after The New York Times reported on Sunday that Russian military intelligence officers had “directed” associates of Russia-based white supremacist militants to carry out a campaign in Spain.

US officials told the newspaper that Russian officers who ran the campaign appeared intent on “keeping European governments off guard” and “perhaps testing proxy groups in case Moscow decides to escalate the conflict.”

Investigators suspect that the Russian Imperial Movement (RIM), a radical group with friends and associates across Europe, is behind the letter-bombing campaign.

It is believed that this group, which the United States has recognized as a global terrorist organization, has ties to Russian intelligence services.

“Important members of the group were in Spain, and the police there were tracking its connections with far-right Spanish organizations,” the newspaper writes.

The newspaper based its report on anonymous “US and allied officials.”

According to Stanford University’s Center for International Security and Cooperation, RIM “maintains contacts with neo-Nazi and white supremacist groups throughout Europe.”

“The group conducted paramilitary training of Russian citizens and like-minded members from other countries at its facilities in St. Petersburg,” the report added.

Ambassador of Ukraine to Spain, Siarhey Pagoreltsev, accused Russia of the bomb explosion in its embassy.

“We are well aware of the terrorist methods of the aggressor country,” he said in an interview with Spanish public television on November 30, a few hours after the letter blast.

The Russian Embassy in Spain condemned the action of bomb letters.

“Any threat or act of terrorism, especially those directed against a diplomatic mission, must be condemned in its entirety,” the tweet said at the time.

The National Court of Spain has opened an investigation for “terrorism” in the case of letter bombing.

In addition to sending weapons to help Ukraine after Russia sent troops into the country last February, Spain is also training Ukrainian troops as part of a European Union program and providing humanitarian aid.

A former student becomes an MA at UHI Inverness as an architectural technology lecturer...

user - August 1, 2022 0
Europe
A hotel in Youghal has been awarded a contract worth more than €12 million to accommodate Ukrainians arriving in Ireland after Russian invasion earlier...

Labor MP says why we should worry that the Prime Minister...

Russian space chief praises US after coolant leak from ISS