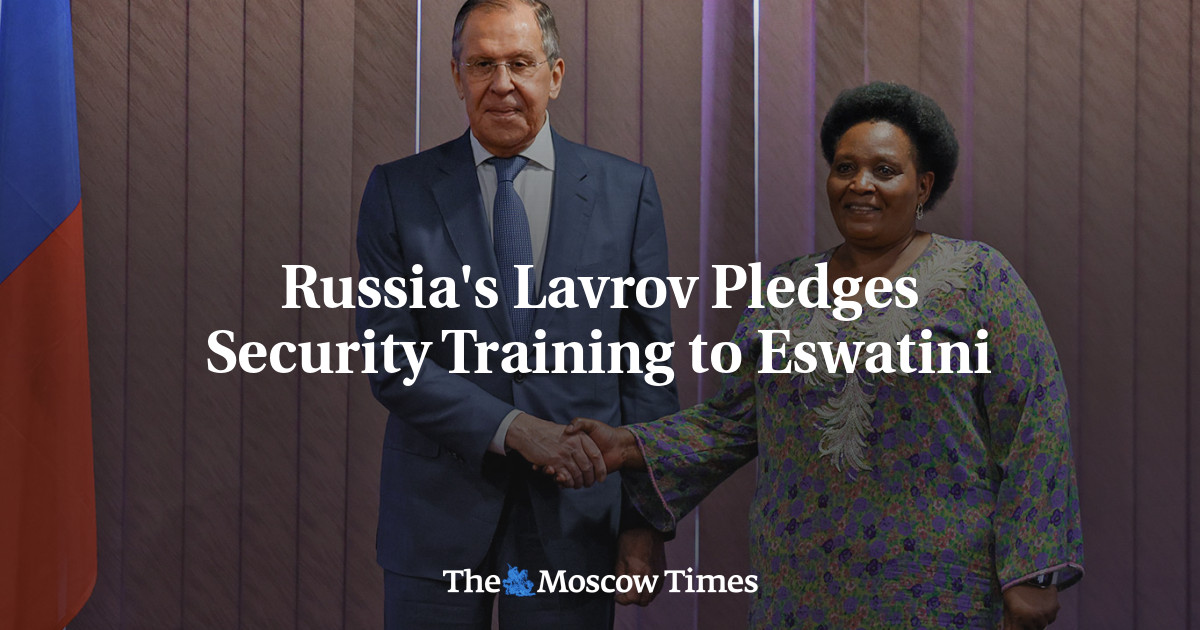 “Russia is ready to provide assistance to Eswatini in the training of security service personnel, improvement of food production, as well as assistance in other matters of mutual cooperation,” Lavrov told reporters.

After talks with Prime Minister Esvatini and other cabinet members, he said 50 of Esvatini’s security personnel are studying at Russian defense universities.

When asked about the political crisis in Eswatini, the minister said that “in principle, we do not interfere in the political situation in any country.”

“We are here to develop our good relations, to create a better atmosphere for the implementation of practical projects from the ground – industry, agriculture, information and communication technologies and many others,” he said.

Maseka, 52, was shot dead on Saturday night by unknown assailants at his home about 50 kilometers (30 miles) from the capital Mbabane, an opposition spokesman told AFP.

He was shot through a window while he was inside with his family.

Maseka, a leading human rights lawyer and columnist, was the founder of the Multi Stakeholder Forum (MSF), a coalition of opposition parties, associations and churches.

“People should not shed tears and complain about being killed by mercenaries,” said King Mswati.

In 2014, Maseko was jailed for contempt of court for articles critical of the government and the judiciary, but was acquitted on appeal and released a year later.

The monument to Michael Collins is overdue, says the OPW minister

The number of people living in NI is on the rise… but so are...

Monkeypox incidence increased by a third with 104 new infections –...

Warning to railway passengers: after the strike, signal boxes are reopening