Europenewsok.com
Home Europe Moscow’s talk of lifting the flight ban is hitting a nerve in... 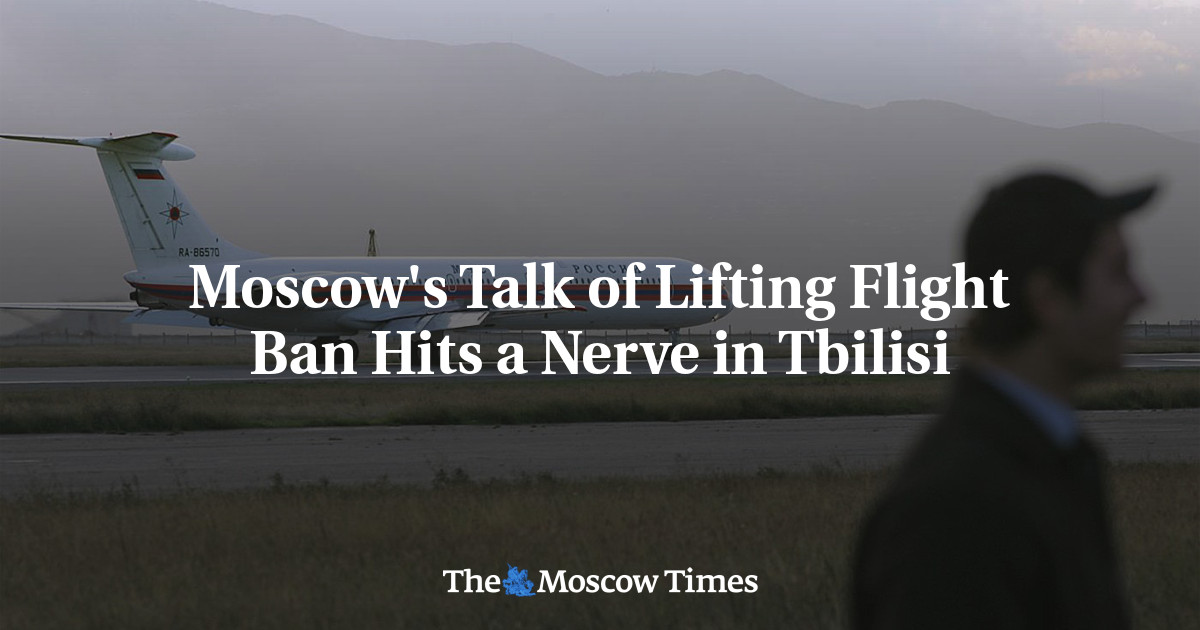 There have been no flights between Russia and Georgia for more than three years, but they managed to cause turbulence in Tbilisi.

In 2019, after anti-Russian protests in Tbilisi in response to contradictory appearance Russian deputy in the Georgian parliament, Moscow unilaterally banned direct flights between the two countries, citing concerns about the safety of Russian citizens.

Since then, Russia has repeatedly raised the issue of resuming air traffic, irritating the Georgians to see it is like a manipulative attempt by Moscow to arouse emotions and influence its country.

But it became truly controversial only a few days ago, when Russian Foreign Minister Sergei Lavrov’s provocative remarks were met with a mild response from the leaders of the Georgian ruling party, adding to the already heightened sensitivities in Georgia.

“I am glad that our contacts with Georgia are actively developing. In 2022, Georgia’s GDP will grow by 10% largely thanks to tourism and trade relations with the Russian Federation,” Lavrov said at a meeting on January 18. press conference in response to a question from the Georgian far-right, pro-Russian Alt-Info TV channel. “I hope that soon we will be able to restore direct air traffic as well.”

Georgia’s economy and its economic ties to Russia are indeed growing in part as a result of Russia’s war against Ukraine. It is related to mass influx Russians fleeing mobilization or the consequences of sanctions and repressive state measures, as well as Georgian buyers taking advantage of reduction of prices for Russian goods.

Lavrov went on to praise Tbilisi for not succumbing to “pressure” from the West impose sanctions against Russia. “The fact that a small country and its government have the courage to say that they will be guided by their own interests, the interests of their own economy, is admirable,” he added.

Lavrov’s praise was not well received among Georgians, who were already critical of the government’s cautious stance toward Russia. And the answer of the chairman of the ruling party “Georgian Dream” Irakli Kabakhidze added fuel to the fire.

“If flights resume, it is important for our fellow citizens and of course it will only be welcome” – Kabahide said in an interview with “Imedi” TV channel on January 19, referring to the interests of “millions” of Georgian citizens living in Russia.

These comments caused a backlash: critics considered the party leader’s position a flirtation with Moscow amid Russia’s ongoing murderous war against Ukraine.

Among the harshest critics was President Salome Zurabishvili, who is largely a figurehead, who, while agreeing with Tbilisi’s cautious approach to Russia, criticized from time to time the rhetoric of the ruling party.

“I do not welcome the resumption of flights with Russia! If all our partner countries show maximum solidarity with Ukraine in its self-sacrificing struggle by word and deed, for me and, I’m sure, for most of society, “The position of the government and the ruling party is, to put it mildly, unclear,” Zurabishvili said. Statement on January 20.

The president also dismissed Kabakhidze’s concerns about Georgians living in Russia. Zurabishvili said that for several months she has been unsuccessfully trying to simplify the procedure for obtaining Georgian citizenship, which, she said, worries Georgian emigrants more.

She stated that the issue of resuming flights is related to the fact that Russia has returned to its “old tricks” to “drive a wedge between us and our Western partners.”

Leaders of the Georgian Dream have repeatedly invoked the well-being of Georgian migrants and ethnic Georgians living in Russia to defend their allegiance to Russia.

Among them is the refusal to impose economic sanctions against Russia and the refusal of stricter travel rules for Russian citizens amid the war in Ukraine. The government also claims that ethnic Georgians make up a significant portion of Russian citizens who have recently settled in the country.

It is known that Russia receives the largest group of Georgian migrants from the UN evaluative they number around 450,000 as of 2020. The total number of ethnic Georgians and Georgian citizens currently living in Russia is thought to be higher, but this remains disputed.

Back in 2019, when the flight ban was imposed, the biggest concern was not the interests of Georgians in Russia, but the shock it would inflict on the Georgian economy, which depends on tourism.

But with the land border remaining open and indirect flights through other countries still possible, the drop in subsequent months was not dramatic – until the pandemic hit all international travel.

And for the last year, the lack of direct flights did not stop their wave fled from mobilizationnot visible the number of vacationers is growing making a choice in favor of Georgia in the absence of alternatives, which led to a sharp increase in the number of visits by Russian citizens in the third quarter, even surpassing the figures of 2019.

Two of the most famous foreign diplomats accredited in Georgia spoke on this issue.

US Ambassador Kelly Degnan she said that she doesn’t think so that for Georgians it is a priority and he did not know what difficulties await Georgians living in Russia because of the ban.

And Andrei Kasyanov, the temporary charge d’affaires of Ukraine, said that the further influx of Russians would pose a risk to Ukrainians living in Georgia.

“In the event of the resumption of direct air traffic and an increase in real security risks, I would like to say that today the embassy does not exclude the possibility of turning to international organizations and our international partners with a request for assistance in mass transportation. evacuation of Ukrainian citizens from the territory of Georgia,” Kasyanov said in an interview with the Ukrainian “European Truth”. January 24.

This article was originally published by Eurasianet.org.

Gilda Love, 97-year-old drag queen who lived through it all: “They...

Stacey Solomon and Joe Swash married in a private ceremony at...