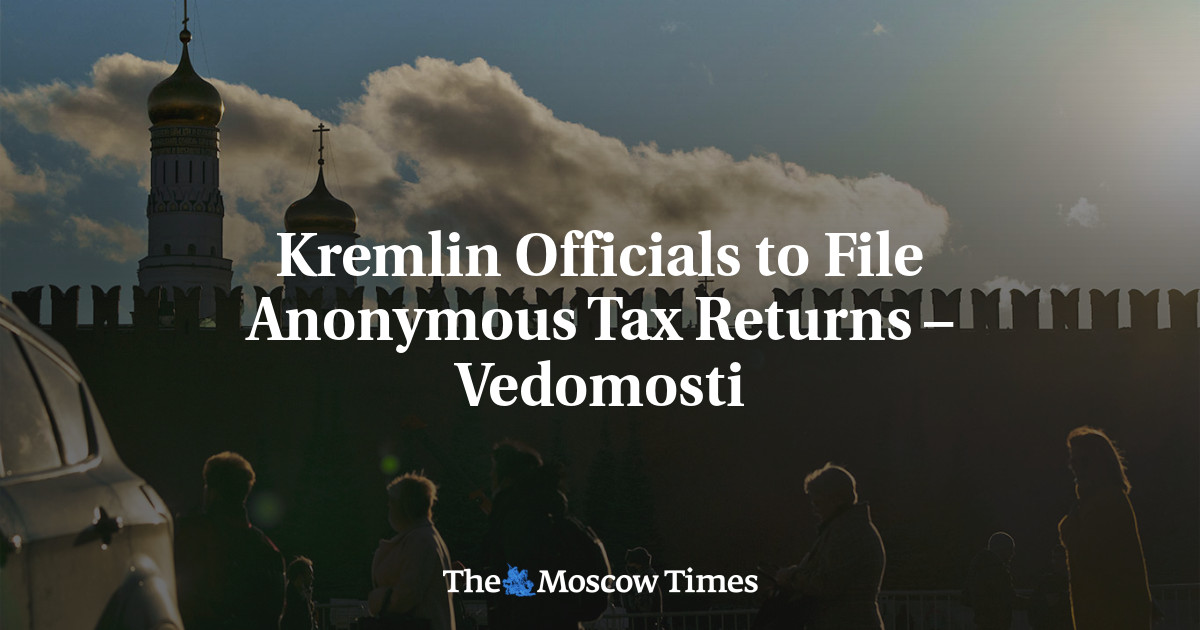 According to “Vedomosti”, the Cabinet of Ministers of Russia is considering the possibility of allowing the so-called “generalized” information on income for itself and employees of the presidential administration.

Instead of individual tax returns, the “aggregated” information will only include the number of filed and unfiled tax returns and whether violations were discovered.

Similar relaxed rules for lawmakers now apply in the Russian parliament. They are expected to enter into force on March 1 after being passed by both chambers and signed by Putin.

The bill was approved in the third and final reading by the lower house of the State Duma on Wednesday.

“Not everyone is interested in it [and] wants [file tax returns]”, said State Duma deputy, member of the ruling party “United Russia” Pavel Krashaninnikov said. “Laziness”.

“Some [members of parliament] don’t want to show their incomes,” he told the Komsomolskaya Pravda tabloid, adding that the current requirements also deter Russian businessmen and activists from seeking government positions.

Putin’s decree on the cancellation of requirements for the publication of income declarations was linked by the Kremlin to “features of a military special operation.”

In addition to government officials, Putin’s decree exempts military personnel fighting in Ukraine and employees of the Russian special services, as well as officials who traveled to regions of Ukraine annexed by Russia, from issuing tax returns.

Civil servants were previously required by law to disclose income tax returns for themselves and their family members in a bid to combat widespread corruption.

Get an Echo Dot for £9.50 this Amazon Prime Day with this clever trick

Could your nightmares be related to dementia?

Who wins in the transfer market? – Football weekly |...