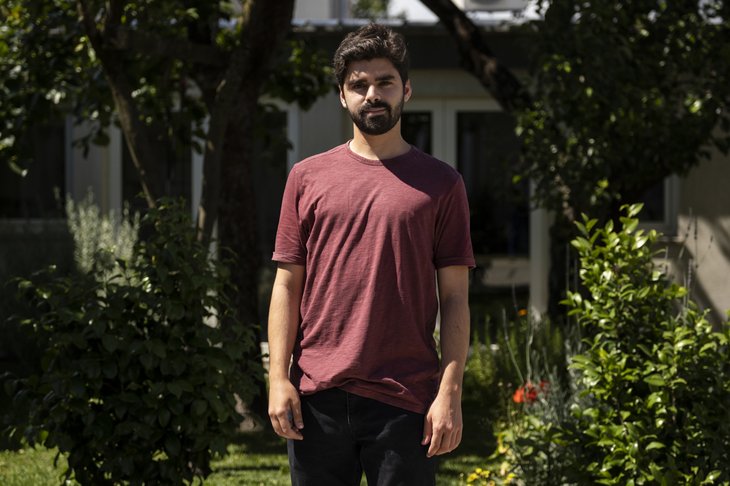 For the first time in Portugal, an animated short film will be nominated for an Oscar. João González’s Ice Merchants claims the most famous statuette of the seventh art, an unprecedented feat for Portuguese cinema. U Porto interview., a young director from Porto admitted in June that his film was about a year in the making. “If you count consecutive days, it took about a year, which is really short for an animated film. If you count the pauses and the pandemic, it took two," he stated, adding: "in this case, the cost was time. ".

In addition to "Ice traders", "Boy, Mole, Fox and Horse" Charlie McKeszie and Matthew Freud, "Flying sailor" Amanda Forbis and Wendy Tilby, "My Year of the Dicks" Sarah Gunnarsdottir and "Strauss told me the world is fake, and I think I believe it" Lachlan Pendragon was also nominated for an Academy Award for Best Animated Short Film.

In addition to "Ice traders", "Garbage"Laura Gonsalves, in the Best Animated Short Film category and "Lone wolf"directed by Filipe Melo, which was not nominated for an Oscar for Best Live Action Short Film, was also in contention for a nomination.

The 95th Academy Awards ceremony will take place on March 12.

Joao Gonzalez was born in Porto in 1996. He received a scholarship from the Kaloustos Gulbenkian Foundation, received a master’s degree from the Royal College of Art (UK) after graduating from the Graduate School of Education, Media, Art and Design. (ESMAD) Polytechnic of Porto. In addition to "Ice traders"his first professional short film, which has already won many awards at international film festivals, he also shot in a school context, "Nestor" and "Voyager"which together have also collected more than 20 national and international awards.

with "Ice traders" João González also became the first Portuguese animation director to win the award for a 14-minute Portuguese animated film by Bruno Caetano at Cola Animation and a co-production with France and Great Britain. Cannes Film Festival, winning the Jury Prize ("Leitz Cine Discovery Award") Critic’s week. Nine Oscar-nominated festival awards from the American Academy (Curtas Villa do Conde, Guadalajara, Melbourne, Chicago, St. Louis, Alsin, BendFilm, Anim’est, and Spark), 41 other awards and accolades, and over 90 official selections at festivals around the world, already a historic scenario in Portuguese cinema. According to the Agency of Short Films, the film was watched by more than 8,400 viewers.

In a short film without dialogue, the starting point is the image of a house on a mountain, standing on a cliff. From there, the director developed a story about a father and son who produce ice in the inhospitable house where they live, and from where they parachute every day to sell it in the village at the foot of the mountain. João González is responsible for both the direction and the soundtrack of the film, and he shares the 2D animation with the Polish Alla Nunu.

In an interview with Porto. a young director from Porto admitted: "Portuguese animation lives very well. […] There is no shortage of international recognition for our work. I am not a pioneer at all. I’m just another person enjoying the path paved by the great names of national animation. "

Experts on domestic violence complain about the consequences of the Depp Heard court ...

The school ended in the summer, that is, the return of...

user - June 18, 2022 0
Europe
Calls for help began in early June. They appeared in WhatsApp groups, in idle chat with neighbors and in queues for coffee.Help was...