Europenewsok.com
Home Europe Germany approved the delivery of the Leopard tank to Ukraine 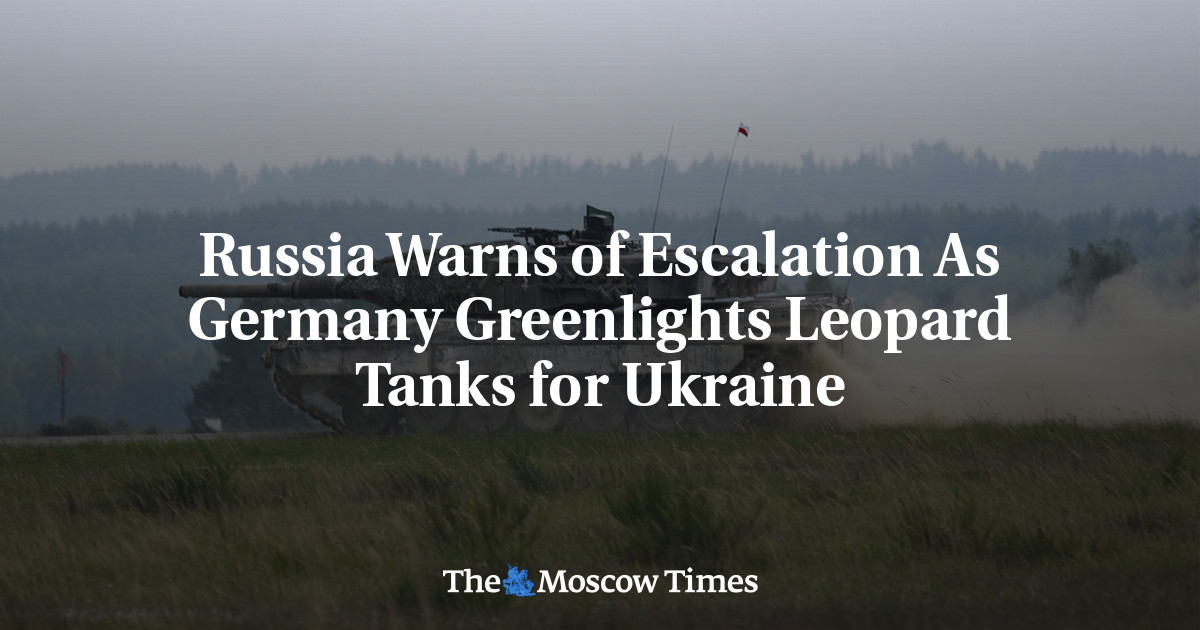 Germany has agreed to supply Leopard tanks to Ukraine after weeks of pressure from Kiev and its allies, the German government announced on Wednesday.

Berlin will provide a company of 14 Leopard 2 A6 tanks from Bundeswehr warehouses, and also gives consent to other European countries to send tanks to Ukraine from their own warehouses, according to the statement of the press secretary of the government Steffen Hebestreit.

“The goal is to quickly assemble two tank battalions with Leopard-2 tanks for Ukraine,” he said.

Ukraine has called on its allies in the West to supply it with advanced tanks, as they predict a new offensive of Russian troops in the spring.

But Berlin and Washington are hesitant to meet Kiev’s requests.

German Chancellor Olaf Scholz has reportedly come under increasing pressure from his coalition partners in the Greens and Free Democrats to approve the delivery of a tank to Ukraine in recent days.

The decision was also preceded by intense discussions with Germany’s ally the United States, according to a report on Tuesday. Der Spiegelas Scholz was determined not to proceed with the transfer unless the US also supplied Ukraine with its own battle tanks.

this week The Wall Street Journal informed that Washington seems to have refused to supply Ukraine with Abrams tanks, while Reuters informed that France is ready to supply Kiev with its own tanks.

Earlier on Wednesday, the Kremlin promised that tanks supplied by the West would be destroyed on the battlefield if they were sent to Ukraine.

“Technologically, this is a failed plan. This is an overestimation of the potential that it will add to the Ukrainian army. These tanks burn like all the others. It’s just that they are very expensive,” Kremlin press secretary Dmitriy Piaskov told reporters.

This was reported by AFP.

This story is being updated.

President Ilham Aliyev inspected the conditions created in secondary school No. 35, the new...

At least 42 migrants found dead in a truck, along with...

The Mysteries of Lake Mead and the Drought That Reveals Them...