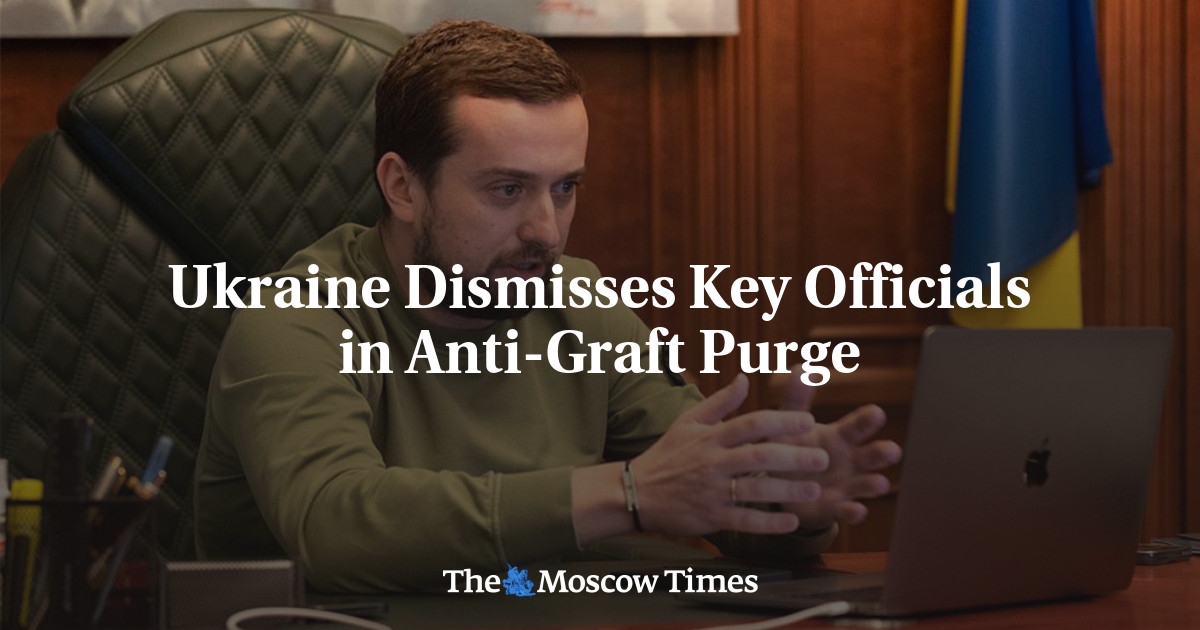 Several senior Ukrainian officials announced their resignations on Tuesday as the defense ministry was rocked by allegations of food fraud in the country’s biggest corruption scandal since its inception. Invasion of Russia.

Ukraine has a history of endemic corruption, including among the political elite, but efforts to stamp out graft have been overshadowed by Moscow’s full-scale war that began in February.

Kiev’s Western allies, who have provided billions of dollars in financial and military support, have for years pushed for anti-corruption reforms, sometimes as a precondition for aid.

Among the officials who resigned were Deputy Minister of Defense of Ukraine Vyachaslav Shapovalov, Deputy Head of the Presidential Administration Kirill Tymoshenko and Deputy Prosecutor General Oleksiy Simanenko.

The Ministry of Defense announced the resignation of Shapovalov, who was in charge of logistical support of the army, against the background of accusations of concluding food contracts at inflated prices.

In a statement, the ministry insisted that the accusations were “groundless and baseless,” but said Shapovalov’s departure “will preserve the trust of society and international partners.”

Tymoshenko, who worked with Ukrainian President Volodymyr Zelensky after his election in 2019 and oversaw regional policy, also announced her resignation on Tuesday.

He posted a photo of himself holding a written resignation letter thanking the president for “the opportunity to do good things every day and every minute.”

During his tenure, Tymoshenko was involved in several scandals, including in October of last year, when he was accused of using a car given to Ukraine for humanitarian purposes.

The dismissal of Deputy Prosecutor General Simanenko took place after information appeared in the media that he was vacationing in Spain this winter, allegedly using the car of a Ukrainian businessman.

In his Monday evening address, Zelensky announced future “personnel decisions” at various levels and said he would ban officials from traveling abroad for non-work related purposes.

“If they want to rest now, they will rest outside the civil service,” said Zelensky.

Transparency International ranked Ukraine 122nd out of 180 in its 2021 corruption ranking.

The changes come after Ukraine’s deputy minister of community, territorial and infrastructure development was fired over the weekend after being arrested on suspicion of embezzlement.

Vasyl Lozynski was accused of accepting a bribe for “facilitating” the purchase of generators at inflated prices as Ukraine faced a power shortage following Russian strikes on the power grid.

The European Union named anti-corruption measures as one of the key reforms needed by Ukraine to obtain the status of a candidate for the bloc.

The Center for Economic Strategy, a Ukrainian think tank, estimates that the West’s total military and financial support to Kiev this year could amount to $100 billion, including more than $40 billion for its armed forces.

Oil prices fall amid US inventory data and OPEC+ decision

Gazprom asks Siemens to repair a turbine in Canada

The PDSA warns against keeping dogs in locked cars in the...

Warning of potential flooding and travel disruption as the Met Office...