Europenewsok.com
Home Europe Russia called the Sakharov Foundation in the US “undesirable” 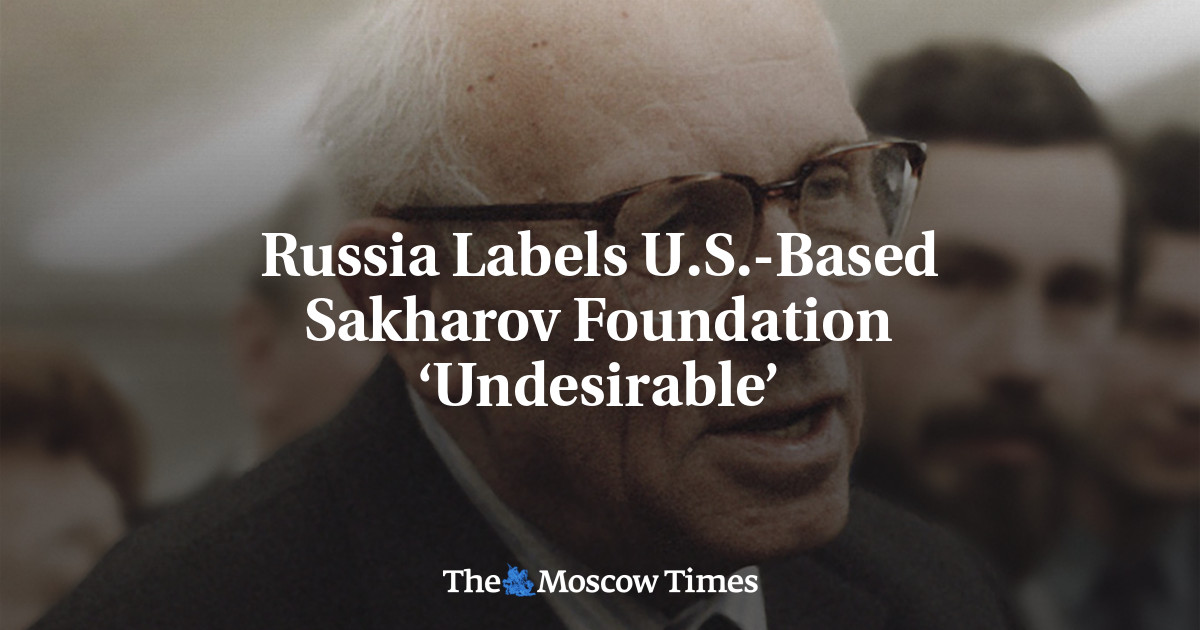 Russian Prosecutor’s Office on Monday declared as “undesirable” the US-based foundation that preserves the legacy of Nobel Peace Prize laureate Andrei Sakharov as Moscow continues to crack down on dissent following Russia’s invasion of Ukraine.

The activity of the Andrei Sakharov Foundation (FFA) “represents a threat to the foundations of the constitutional order and security of Russia,” according to the statement of the Prosecutor General’s Office.

Russian law punishes those believed to have collaborated with an “undesirable” international NGO with heavy fines and prison terms.

ASF, based in Springfield, Virginia, outside Washington, D.C., says its purpose is to popularize Sakharov’s work in “to support peace efforts and anti-war activities’.

The organization chaired by mathematician Alexei Semenov has not yet commented on Russia’s latest appointment.

Russian authorities have declared more than 70 organizations — including media outlets dedicated to exposing fraud and corruption in Russia — are “undesirable” from mid-2015 to early 2023.

Once hailed as a hero of the Soviet defense industry for his role in the development of the Soviet nuclear bomb, Sakharov became one of the most prominent Soviet dissidents of the late 1960s.

He won the Nobel Peace Prize in 1975 for his work against the nuclear arms race, which he contributed to, although he was barred from leaving the Soviet Union to receive the award.

Sakharov became one of the most original figures of the perestroika era, rising to the status of a national moral authority.

Arrested in 1980 after denouncing the Soviet war in Afghanistan, Sakharov was sent into exile in the city of Nizhny Novgorod, which at the time was closed to foreigners.

After six years in exile, during which he went on several hunger strikes, Sakharov was released by telephone from reformist Soviet leader Mikhail Gorbachev.

Profile of Arthur Griffith: Architect of Irish Independence, but who eclipsed the memory of...

Pfizer will buy a stake in the French vaccine company

Dominic Raab would have been caretaker prime minister in an ‘ideal world’, the Tory...

My mom doesn’t have access to her Apple iPad and can’t...

user - July 5, 2022 0
Lifestyle
My 79-year-old mother was deprived of access to herself an apple iCloud account and denied access to years of family photos stored on her...

A teenager has been arrested in connection with a Hampshire murder...