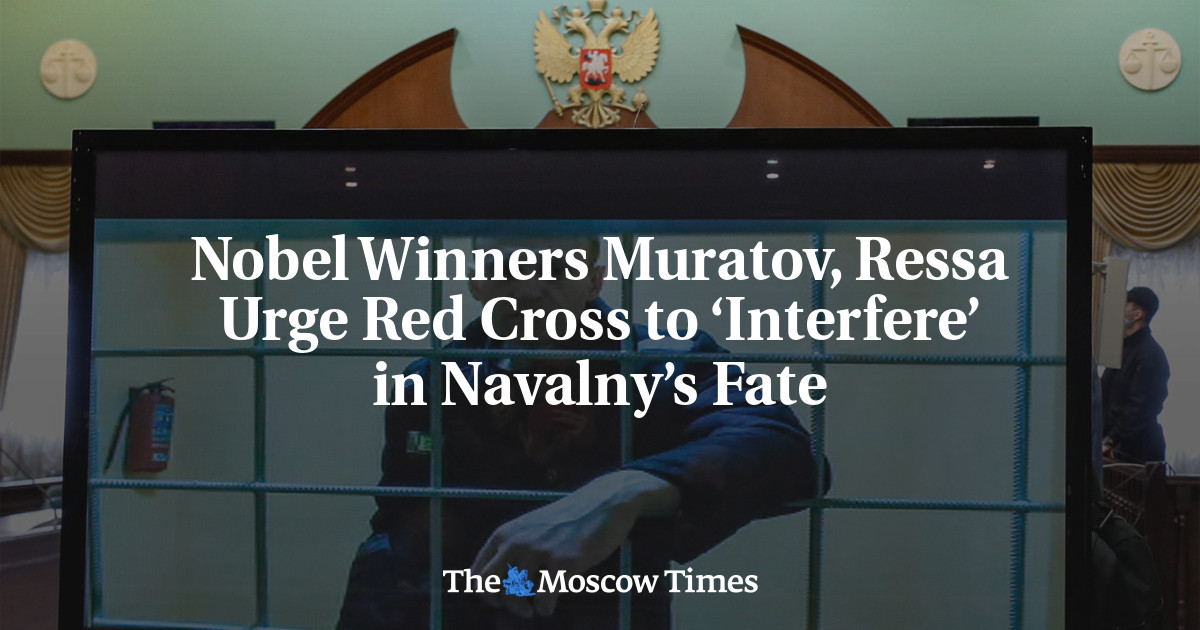 The 2021 Nobel Peace Prize laureates called on the Red Cross “to hinder» in the fate of the imprisoned Russian oppositionist Alexei Navalny, who reported on the harsh conditions of detention for minor violations.

Navalny, 46, is serving a nine-year term that his supporters dismiss as politically motivated. He has reported his regular placement in “cramped cells” and denied access to his family, calling his treatment an attempt to silence his continued activism behind bars.

More recently, Navalny’s supporters sounded the alarm over the deterioration of his health and the refusal of prison doctors to treat him.

Russian journalist Dmitry Muratov and his Filipino colleague, Maria Ressa, in an open letter appealed to the International Committee of the Red Cross to fulfill its mission of “preventing and alleviating human suffering.”

“Still suffering [of Navalny] continues, we are all accomplices of the torturers,” they wrote in an open letter published on Muratov’s Novaya Gazeta website.

“We are convinced that independent humanitarian organizations should intervene in the fate of Alexei Navalny,” the publication says.

But a representative of the Red Cross told one of the co-authors of the letter that the humanitarian organization “does not have the authority to take such actions,” Novaya Gazeta reports.

Muratov and Resa won the Nobel Peace Prize in late 2021 for their “efforts to protect freedom of expression” in their countries, which have both faced crackdowns on independent media.

The school day will be extended in round-the-clock kindergartens and primary schools, the Minister...

Mariah Carey sues for 16 million pounds for “stealing an iconic Christmas song from...

user - May 29, 2022 0
Europe
The National Rifle Association staged a parade of covert carry-ons at its fashion show in Houston, where models displayed weapons tucked into their underwear...

Motatos UK: We compared the prices of the new supermarket with...

A statue of Celtic legend Billy McNeill will be unveiled in...