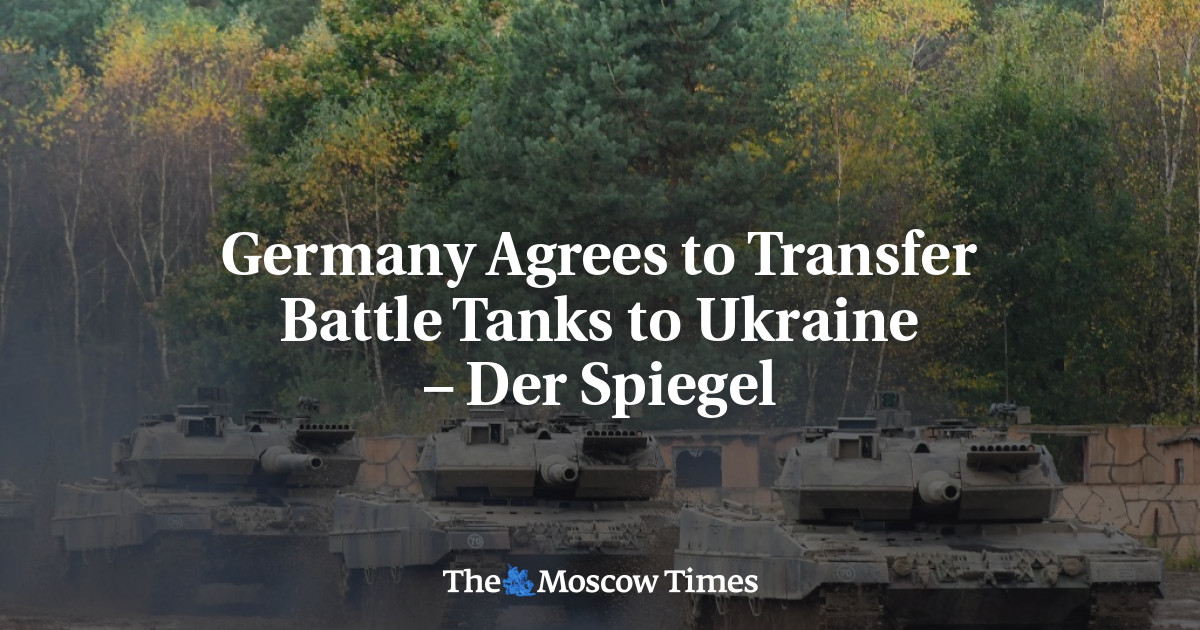 After weeks of trickery and increasingly complicated exchanges with European allies, Germany has agreed to supply Leopard 2 tanks to Ukraine, a report says Der Spiegel on Tuesday evening.

The report says Berlin has agreed to supply Kiev with at least one tank company of 14 tanks and has also allowed its allies to transfer German-made tanks to Kiev, with Germany’s agreement a requirement for sales to a third country under its arms sales terms.

Germany will deliver tanks to Ukraine from its own Bundeswehr warehouses, but may later hand over new Leopard 2 tanks to Kiev, the publication writes.

This news came after reports The Wall Street Journal that Washington seems to have refused to supply Ukraine with Abrams tanks, as well as France’s apparent willingness to supply Kiev with tanks as well.

German Chancellor Olaf Scholz has reportedly come under increasing pressure from his coalition partners in the Greens and Free Democrats to approve the delivery of a tank to Ukraine in recent days.

According to Der Spiegel, this decision was preceded by intensive discussions with Germany’s American allies, as Scholz was determined not to proceed with the transfer of tanks unless Washington also supplied Kiev with its own battle tanks.

Humber is experiencing the benefits of a marine wind boom as employment is growing...

The Emsworth Show returns this August

Romania featured on CNN’s list of Europe’s 17 most impressive destinations to visit –...

Brad Pitt and company are on their way to blockbuster success

The brother of Daphne’s killers is accused of extortion and money...