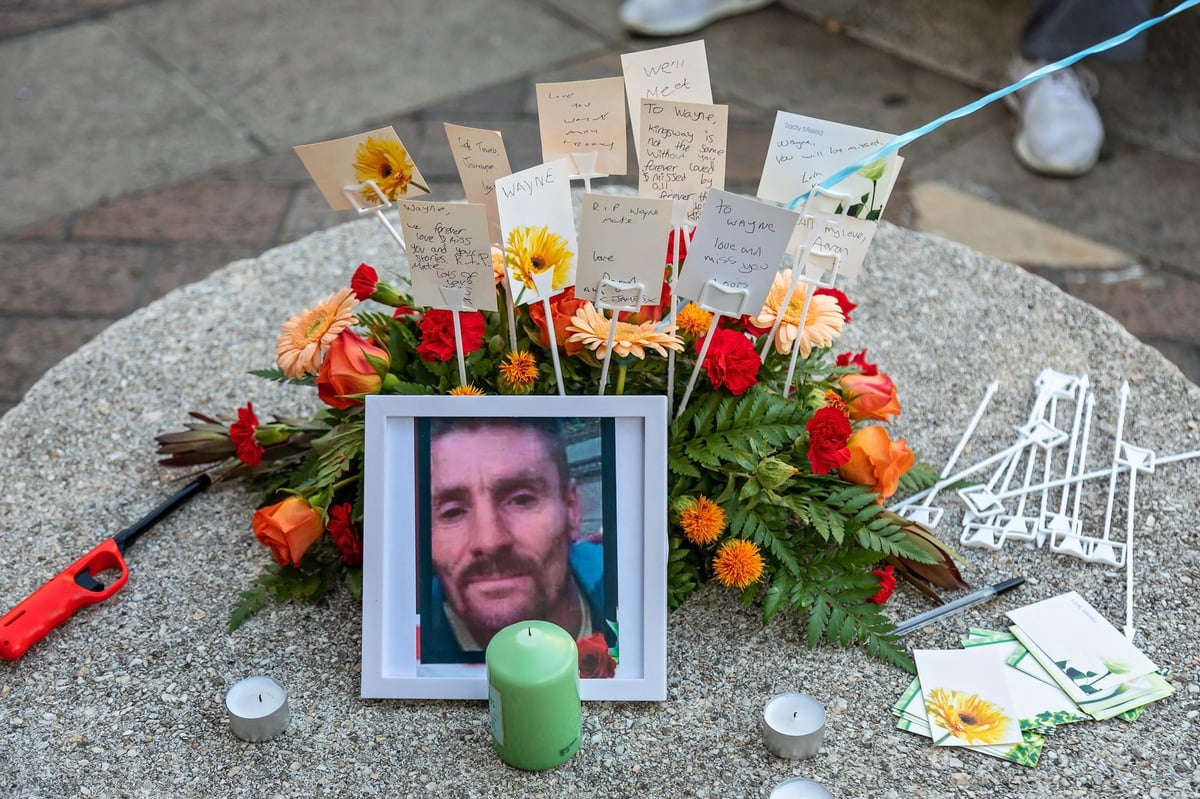 A 53-year-old man who was homeless in the city and helped the advocacy group Helping Hands Portsmouthwas found with serious injuries in Edinburgh street, on Saturday, August 13.

Helping Hands have now celebrated his life by gathering friends and family for a memorial service at the Commercial Road fountain.

More than 50 people gathered to pay their respects with a short service by the Reverend of the King’s Church and candles lit in Wayne’s memory.

One of Wayne’s friends, who asked not to be named, said he had lost a “golden” friend who always had time for everyone.

He said: “Wayne was one of those people who would still give to you even if they had nothing themselves.”

“It’s great to see so many people here.”

Bev Saunders, one of the founders of Helping Hands, said the community is grieving the loss of a friend who was always quick to express his appreciation for a kind gesture or comment.

She said: “When I heard Wayne had died I was absolutely devastated.

“He was one of those people who touched your soul. He was kind, friendly and always respectful.”

The tragic blow comes as the group finds itself under pressure from a cost-of-living crisis, demand rises and support begins to wane.

Bev said: “We are seeing our numbers go up but due to the current economic climate our donations are down.

The group saw a 40 percent increase in those in need, but a 70 percent drop in donations.

Bev added: “We’re going to need all the help we can get.”

But those attending Wayne’s memorial remain confident that the spirit of Portsmouth will prevail for those most in need.

Pompey superfan John Portsmouth Westwood, who met Wayne several times through his support of the group, attended the vigil and said: “Pompeii is a working class town, it’s a street town and the working class always look out for their own.”

Mary Morrissey of UCC recalls her encounters with the author

ANAF activity report for the first half of 2022: about 1 million legal and...

Archbishop Sentamu Academy in Hull is in special measures by Ofsted

The third “Tour de France” would make Thaddeus Pogachar one of...

The US gives “falsche und gefährliche Signale” to Taiwan