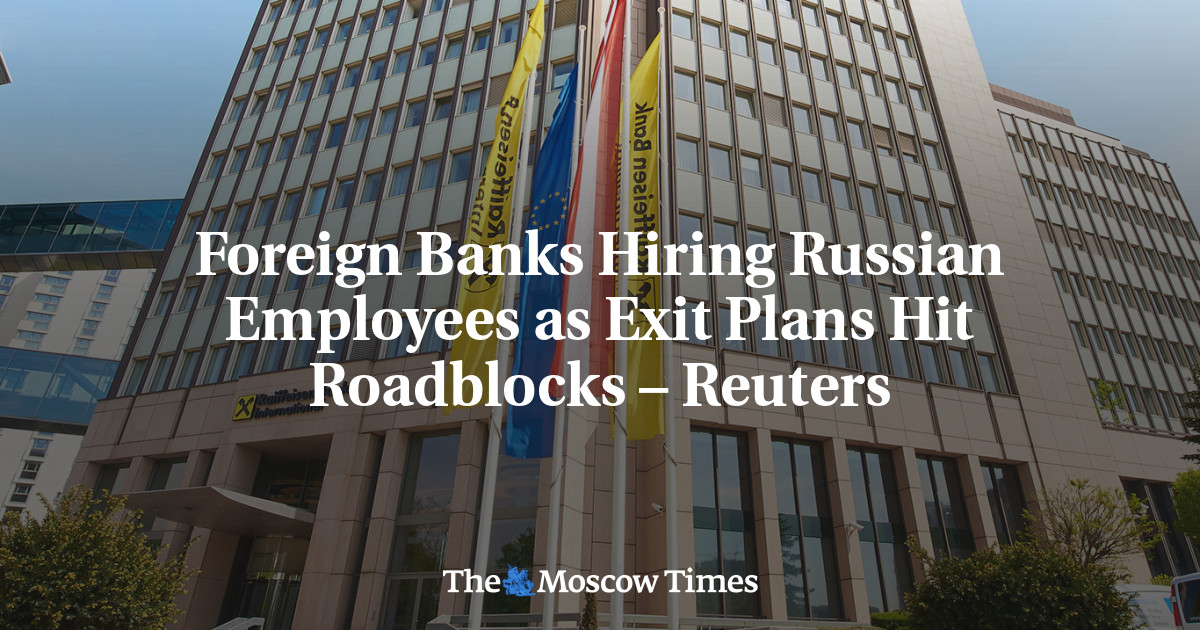 After the Kremlin’s February 24 invasion of Ukraine, Western banks in Russia began firing foreign nationals from executive positions and exploring ways to exit the market, but they recently started hiring again after realizing they would not be able to fire them easily.

Some of these roles were for management positions.

The Russian branch of the Austrian banking group Raiffeisen Bank International announced a vacancy for a manager in Moscow in mid-July, Reuters reports.

Citibank Russia, part of Citigroup, was hiring a loan manager with a salary of up to 200,000 rubles ($3,609), as well as a junior expert, online job postings showed.

The Russian business of Italian banking group Intesa Sanpaolo has been hiring for customer service and foreign currency settlement, according to online job postings.

UniCredit Bank Russia, part of the UniCredit Group, had 10 IT-related vacancies, according to Reuters.

Raiffeisen, Intesa and UniCredit did not respond to a Reuters request for comment.

Citigroup declined to comment but said it was exploring all options for pulling its consumer and commercial banking businesses out of the country.

By the end of 2021, foreign banks accounted for 11% of Russia’s total banking capital, according to the latest data from the Central Bank.

A death sentence for a Briton will “encourage” others who are fighting Russia, says...

I’m going to the UK next week, will it be closed during the Queen’s...

Truss and Quarteng: Counting the Cost of Chaos – Podcast | News

A filmmaker has sued Johnny Depp for “hitting him”, calling Amber...

user - June 2, 2022 0
Entertainment
A MOVIE manager, who accuses Johnny Depp of hitting him on set, says he is looking forward to his day in court despite the...

Waterford came out on top in a five-goal thriller as they...

A fire broke out in Lutsk